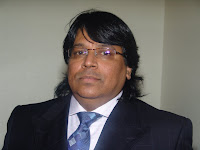 Syed Jamaluddin, author of "DIVIDE PAKISTAN TO ELIMINATE TERRORISM" and "FORMATION OF REPUBLIC OF JINNAHPUR" has urged USA and India to attack Pakistan immediately as this is the best time to take control of Pakistani territory particularly North West province (now named as KHYBER PAKHTOONKHWA) and parts of Punjab (including Pakistan-held Kashmir)apart from Waziristan and Balochistan. According to him, Pakistan should not be allowed to exist any more as latest facts against Pakistan´s ISI and other secret agencies, on account of their involvement in supporting Taliban and militant groups fighting against NATO forces in Afghanistan, have been proved 100% accurate and correct. Pakistan´s recent double-game by attempting to cause failure for the NATO forces to win war against Taliban has alarmed the international community and this should not be ignored for yet another few months or even weeks. Pakistan being on the verge of collapse for obvious reasons, that is, its failure to provide proper standard of living to its citizens and rather violating human rights all over the county, it has become essential on the part of international community to convince India and USA to organize a massive military attack on Pakistan. This military attack should not be in any conventional form and should be designed to ensure that Pakistan´s nuclear arsenal is also taken control of. Pakistan should not be given any time to make evil plans of launching any nuclear attack on India as already decided in the Corp Commanders meeting held in Rawapindi at GHQ today (August 5, 2010) under the leadership of General Ashfaq Pervez Kiyani whose tenure has been extended for next three years for this specific purpose, that is, to launch an attack on India by using Kashmir as a pretext. Syed Jamaluddin is of firm opinion that year 2010 should be the year of occupying major parts of Pakistan by India and NATO forces as this is the most important strategy paving way to win WAR ON TERROR. Without actually dominating Pakistan geographically, war on terror cannot be won. According to him, if Pakistan is attacked in the nearest future, this will also pave way for the making of REPUBLIC OF JINNAHPUR and the terrorist Pakhtoons currently hiding in Karachi shall be vanished in a massive crackdown by Indian army and NATO forces with cooperation of MQM being the local political force of urdu speaking nation.
Posted by Syed Jamaluddin at Thursday, August 05, 2010

How much do you get paid for writing your stupid thoughts on this clue less blog of yours?

cheap and ad-hoc, self proclaimed and so called journalists have always been spitting poisonous ideas and thoughts about Pakistan. but alas! tsk tsk tsk.


Its Allah who has a plan for Pakistan, not you bitach!!!

India , US and you cunts would keep on shitting bricks till Pakistan is intact, and for your info, Pakistan was meant to remain intact.

Look at your shit ozzing face, looks like some pig shit. You fucking castrated bitch.

So what is your plan?

All of these areas would not be able to defend themselves against India in case of disintegration.

This is not what Jinnah wanted a "Jinnah Pur" give me a break.

You are ugly and you have a fake accent.

But you need little more local support. At south side it may work. But On the north, majority is influenced by terrorists and ISI. If their income sources got broken it will be much more easier. Issue is with nuclear umbrella. It will cause a insurgency to get Nukes to terrorists or even Pak terrorist army may use it. It should be seized, and in UN china support for Nukes also have to be controlled.
@ Ammad: just start your count down