WHY PUNJABI RANGERS ARE BEING SPARED IN KARACHI / HYDERABAD? 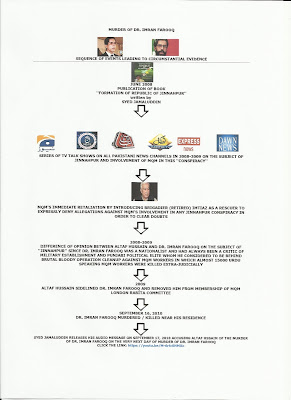 Posted by Syed Jamaluddin at Sunday, October 04, 2015 No comments:

THE MILITARY COUP IN KARACHI IS NOT WITHOUT ANY REASON

THE MILITARY COUP IN KARACHI IS NOT WITHOUT ANY REASON. THE STORY BEHIND THIS SOCALLED ''OPERATION CLEAN-UP'' IN KARACHI BY PUNJABI RANGERS HAS BEEN REVEALED BY A CHINESE SOURCE WHICH HAS CONFESSED THAT IT WAS DEMAND FROM CHINA TO ELIMINATE ALL POLITICAL ACTIVITIES FROM KARACHI FOR PAVING WAY FOR SMOOTH DEVELOPMENT OF PAK-CHINA ECONOMIC CORRIDOR. PAKISTAN ARMY HAS BEEN GIVEN THIS SPECIFIC TASK TO MAKE SURE THAT KARACHI BECOMES A ''PEACEFUL CITY'' AS SOON AS POSSIBLE AND ALL POLITICAL FORCES (NATURALLY MQM BEING THE MAIN FOCUS) BE ELIMINATED FROM KARACHI. PAKISTAN PEOPLE'S PARTY HAS ALREADY AGREED TO COOPERATE WITH NAWAZ GOVERNMENT IN THIS ENDEAVOUR WHILE THE WHOLE FOCUS IS NOW ON ELIMINATION OF MQM. IT IS A SPECIFIC REQUIREMENT OF CHINESE GOVERNMENT TO MAKE KARACHI A POLITICS-FREE REGION JUST AS THE CHINESE GOVERNMENT HAS RECENTLY ATTEMPTED TO MAKE HONG KONG A SIMILAR ''POLITICS-FREE'' LAND AND IS HAVING REGULAR RESISTANCE FROM LOCAL POLITICAL FORCES IN HONG KONG. THANKS TO ''ALWAYS AVAILABLE FOR SALE'' PUNJABI ARMY AND PUNJABI POLITICIANS THAT THEY WANT TO ELIMINATE MQM FROM THE POLITICAL ARENA OF KARACHI ON THE DEMAND BY THEIR CHINESE MASTERS. CHINA WANTS KARACHI FREE OF MQM AND AND ANY POLITICAL ACTIVISM. HENCE, WHAT THESE SOCALLED TV ANCHORS AND PAID POLITICAL ANALYSTS ARE CLAIMING ARE NONE OTHER THAN A PROPAGANDA ABOUT KARACHI'S ONGOING ''OPERATION CLEAN-UP AGAINST CRIMINALS''. THE REAL STORY IS TO ELIMINATE MQM FROM KARACHI UNDER A SPECIFIC AGENDA AS PER INSTRUCTION FROM CHINESE MASTERS WHO NEED KARACHI FOR FUTURE BUSINESS ACTIVITIES. PUNJABI ARMY HAVE ALREADY STARTED MINI-GENOCIDE OF URDU SPEAKING MQM WORKERS SIMPLY TO GIVE A CLEAR MESSAGE TO ALL PEOPLE LIVING IN KARACHI TO BEHAVE LIKE ''OBEDIENT SLAVES'' AND REFRAIN FROM ANY POLITICAL ACTIVITIES WHATSOEVER. PLEASE LISTEN TO WHAT CHINESE ARE SAYING ABOUT KARACHI IN THE ATTACHED AUDIO CLIP. TRANSLATION IS AS FOLLOWS: It is most important that our government must ensure that all economic development decisions made, which involve Pakistan as a partner, are transparent and without any element of flaws or wrong calculation. In order to make it more simple to facilitate proper administration of port city of Pakistan (Karachi), there is urgent need to make this city free from any potential political turmoil which may be caused as a consequence of influence by any political party which can cause disturbances in this city. It is necessary to inform government in Pakistan to take necessary steps to achieve the objective of cleansing Karachi from any such threats. The concept of free trade cannot be achieved unless there is proper security of all foreign companies which will transfer their business operations to Karachi in next 3 to 5 years. We have credible intelligence reports that Karachi is the central place for movement which calls for an independent state for a certain group of people who do not consider themselves as part of Pakistan. This group considers itself to be of Indian origin comprised of people who had migrated from India in 1947. Now the children of these Indian migrants consider themselves as Indians and not part of Pakistan. For this reason, these Indians of Pakistani origin have formed their own political force which has pledged to form an independent state and disintegrate Pakistan. Regardless of the fact that Pakistan government has already officially assured our government to achieve the objective of cleaning Karachi from any potential political threat, we cannot ignore the fact that Karachi is a large city and possibility of complete elimination of political influence by any particular group is never possible in true perspective. There will always be possibility of confrontation with these political groups in the nearest future. There is an urgent need to convey to government in Pakistan to employ all means to eliminate political image of Karachi. There should not be any political activities in Karachi. The reason behind this objective is to ensure that business activities in Karachi are undertaken without any fear of disruption, disturbance or discontinuation. In the recent past, government of Pakistan had eliminated religious threat to Chinese citizens living in Islamabad through a meaningful military action. We want government of Pakistan to use the same military force in Karachi to eliminate political strength of any political group which may cause problem in nearest future. This is also in the interest of Pakistan's economic future. www.jinnahpur.blogspot.com www.dividepakistan.blogspot.com
Posted by Syed Jamaluddin at Wednesday, August 26, 2015 No comments: 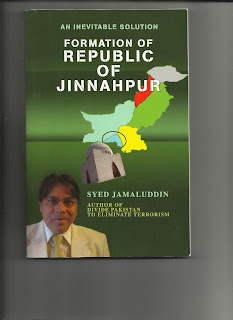 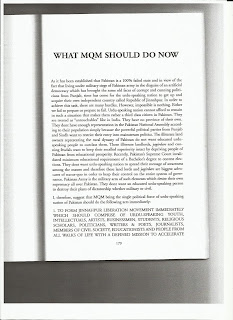 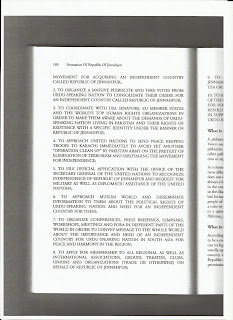 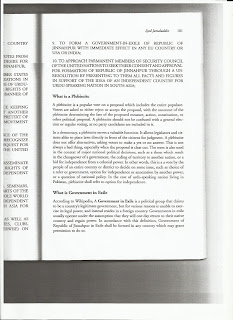 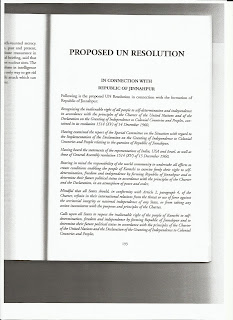 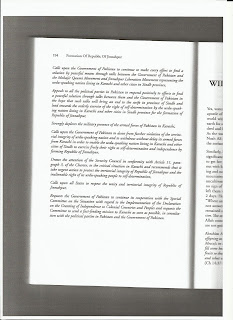 Posted by Syed Jamaluddin at Sunday, August 02, 2015 No comments:

WHY PAKISTAN MUST BE DISINTEGRATED? 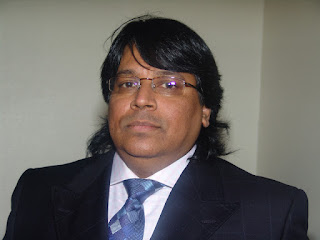 WHY PAKISTAN MUST BE DISINTEGRATED? BY SYED JAMALUDDIN (syed.jamaluddin@gmail.com) Pakistan is NOT signatory to UN CONVENTION AGAINST TORTURE, INHUMAN OR DEGRADING TREATMENT OR PUNISHMENT. According to the said UN Convention against Torture, the term "torture" means any act by which severe pain or suffering, whether physical or mental, is intentionally inflicted on a person for such purposes as obtaining from him or a third person information or a confession, punishing him for an act he or a third person has committed or is suspected of having committed, or intimidating or coercing him or a third person, or for any reason based on discrimination of any kind, when such pain or suffering is inflicted by or at the instigation of or with the consent or acquiescence of a public official or other person acting in an official capacity. In view of this definition of ''torture'' prescribed by the ''UN Charter Against Torture'', it can well be established that what PUNJABI RANGERS (para-military force of Punjabi Army in the disguise of so-called Pakistani army) are currently committing crimes against humanity in Karachi is nothing else but a severe violation of international standards of human rights protection. Rather, what is happening in Karachi in the name of ''OPERATION CLEAN UP'' is more like mini-genocide against workers of MQM and urdu speaking people who have refused to accept living under the siege of Punjabi military. Karachi is being colonised by Punjabi military exactly on same lines how Serbs had attempted to colonise the Muslim Bosnians and when the Bosnian Muslims refused to accept Serbs as their Masters, these Serbs committed massacre against humanity by killing thousands of Bosnian Muslims during 1992 to 1995. Karachi and Hyderabad (urban centres housing urdu speaking people) have been regularly attacked in the name of ''OPERATION CLEAN UP'' and thousands of urdu speaking youth, men and workers of MQM have been massacred during last 27 years for the same reason that these urdu speaking people have refused to accept the dictatorship and supremacy of Punjabi Serbs in Pakistan who have guns and military strength. Yet they call themselves as ARMY of ISLAMIC REPUBLIC OF PAKISTAN. Is this what an Islamic Republic should be like? If so, then the western world is 100% correct in their analysis that Islam is not a religion of peace but advocates killings, massacre, ill-treatment, torture and violation of human rights. Pakistan being the so-called castle of Islam is the greatest evidence to this narrative for sure. PAKISTAN WILL ALSO BE DISINTEGRATED EXACTLY IN THE SAME FASHION AS YUGOSLAVIA WAS DISINTEGRATED. www.dividepakistan.blogspot.com / www.jinnahpur.blogspot.com
Posted by Syed Jamaluddin at Monday, July 20, 2015 No comments: