Syed Jamaluddin, writer of "DIVIDE PAKISTAN TO ELIMINATE TERRORISM" and "FORMATION OF REPUBLIC OF JINNAHPUR" has said that Pakistan is "CLINICALLY DEAD" in real terms. Pakistan´s disintegration is not very far. After Libya, all Western powers will finally listen to the voice of Syed Jamaluddin and ensure that Pakistan is divided peacefully without any further bloodshed. It has been widely acknowledged in the Western comity of nations that Pakistan has already lost its credibility to survive as an independent state so much so that Pakistan´s current situation is even worse than Yugoslavia when Yugoslavia was finally cut to size. The military establishment of Pakistan is simply buying time to keep Pakistan as a socalled sovereign state but the fact of the matter is that Pakistan is basically surviving because of involvement of Western nations and USA in Libya and Afghanistan. As things get improved in Libya and Afghanistan, Pakistan´s long awaited disintegration will be implemented under a specific UN RESOLUTION as also recommended by Syed Jamaluddin in the book "DIVIDE PAKISTAN TO ELIMINATE TERRORISM". Syed Jamaluddin has asked urdu speaking nation to remain committed to making of REPUBLIC OF JINNAHPUR regardless of what Altaf Hussain may think or decide. Syed Jamaluddin has suggested following immediate actions to be undertaken in order to confront Pakistan´s military establishment:

1. Pressure on Pakistan to sign NON-PROLIFERATION TREATY / COMPREHENSIVE TEST BAN TREAT within 90 days. If Pakistan fails to sign NPT and CTBT, UN Resolution be passed to attack Pakistan´s nuclear aresenal and its destruction;

2. India must stop water flow to Pakistan with immediate effect and cancel all agreements to this effect;

4. International community must disallow Pakistani ships and planes from entering their waters and air space respectively with immediate effect;

5. All Pakistanis living abroad should be declared as "REFUGEES" and their Pakistani passports cancelled. New temporary UN REFUGEE CARDs be issued to such Pakistanis who can later opt for specific passports of either Pakhtoonistan, Balochistan, Sindhudesh, Punjabistan, Saraikistan, Jinnahpur in accordance with their respective ethnicity and liguistic identity;

Syed Jamaluddin has urged the Western community to consider the above immediate actions against Pakistan in order to avoid more discrepancies in South Asian region. Pakistan military is currently considering an option of pulling India into a war in order to gain some more time for Pakistan´s existence. This attempt of Pakistan´s military must be foiled.
Posted by Syed Jamaluddin at Wednesday, August 24, 2011 6 comments:

ALTAF HUSSAIN AND DR. ISHRAT-UL-EBAD HAVE JOINTLY STABBED IN THE BACK OF URDU SPEAKING NATION 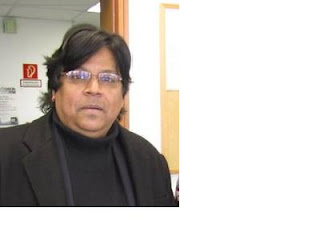