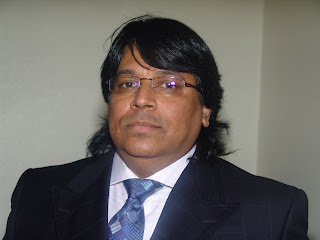 I, Syed Jamaluddin, do hereby solemnly affirm as under:

2. Mr. Majid Sultan Khwaja was a very close friend of Mian Nawaz Sharif (Leader of the then Pakistan Muslim League);

3. M/S TARIQ SULTAN AND COMPANY was responsible to handle all imports of scrap from different parts of the world including United Arab Emirates and certain other countries in the Middle East for ITTEFAQ FOUNDRIES owned by Mian Nawaz Sharif and his family (commonly known as SHARIF BROTHERS). This arrangement of importation was primarily organized to safeguard financial interests of ITTEFAQ FOUNDRIES in terms of taxation and excise duties / government levies etc;

4. M/S TARIQ SULTAN AND COMPANY was also responsible to issue INVOICES in the name of ITTEFAQ FOUNDRIES with very minute profit margin (just for the sake of giving such sales transactions a cosmetic touch). Almost 50% of such transactions were not documented and M/S TARIQ SULTAN AND COMPANY used to send the scrap shipments to ITTEFAQ FOUNDRIES apparently without any charge;

6.  During the first tenure of Benazir Bhutto as prime minister, she ordered not to allow one shipping vessel loaded with scrap to reach Karachi port. Due to this specific order, the said shipping vessel which was loaded with scrap worth Rs. 3.5 Million (or little more) was stranded in the waters. The reason for this order was basically because of the fact that the loaded scrap was in the name of M/S TARIQ SULTAN AND COMPANY and Benazir Bhutto was informed that the said company (i.e. TARIQ SULTAN AND COMPANY) was actually a FRONT COMPANY of Mian Nawaz Sharif;

7. In retaliation to this arbitrary decision of Benazir Bhutto, Mian Nawaz Sharif started publishing daily advertisements in many newspapers in Pakistan showing day-to-day counting of days such shipping vessel remained stranded in the waters and was not allowed any berth at the Karachi port;

8. After almost a month or so, the said matter was finally resolved and the said shipping vessel was allowed to reach Karachi port;

9. At that time, Mr. Majid Sultan Khwaja informed me that Mian Nawaz Sharif was very much annoyed with Benazir Bhutto and her husband Asif Zardari due to this act of stopping the scrap ship in the waters and therefore pledged to "teach a historic lesson" to the couple (i.e. Mr. and Mrs. Asif Zardari);

11. It was at that time that Pakistan´s intelligence agencies DID distribute money among all political parties including Pakistan Muslim League and MQM to combat PPP and depriving PPP from any potential victory in the elections;

12. At this juncture, I had a discussion with Mr. Majid Sultan Khwaja on various issues including the decision of Benazir Bhutto to economically victimize Mian Nawaz Sharif. Mr. Majid Sultan Khwaja categorically said that Mian Nawaz Sharif DID receive funds from certain intelligence agencies BUT not for funding any anti-PPP campaign but as a COMPENSATION of loss caused by Benazir´s order to obstruct shipping vessel in the waters loaded with scrap for ITTEFAQ FOUNDRIES;

13. Mr. Majid Sultan Khwaja is still alive and can be contacted to verify the above-mentioned fact;

14. In reality, Mian Nawaz Sharif had collected many crores from Pakistan´s intelligence agencies as also mentioned to me by Malik Meraj Khalid during 1997 when I was serving as DIRECTOR PROJECT PLANNING AND DEVELOPMENT at RURAL DEVELOPMENT FOUNDATION OF PAKISTAN (Islamabad). Malik Meraj Khalid was Chairman of the said Foundation. In October 1997, Malik Meraj Khalid had become Caretaker Prime Minister of Pakistan. I had opportunity to discuss lots of things with Malik Meraj Khalid at RDF CENTRE situated at G-9/1, Islamabad;

15. Malik Meraj Khalid revealed some alarming facts such as follows:

b) that Nawaz Sharif was given many crores by Pakistan´s intelligence agencies in order to buy certain political parties to create hurdles for PPP from gaining majority in the next elections;

c) that Nawaz Sharif was given a specific task to use "all methods of political victimization" against PPP and Benazir Bhutto so much so that Benazir Bhutto should either leave Pakistan forever or retire from politics on voluntary basis;

d) that Nawaz Sharif was ready not to interrupt or question Pakistan´s intelligence agencies in their Pakistan-based operations as well as operations in India, Afghanistan (Taliban) and China;

e)  that Nawaz Sharif was a WAHABI and therefore he was "MORE TRUSTWORTHY THAN BENAZIR BEING A SHIA";

f)  that Nawaz Sharif would not interfer in the nuclear programme and rather allow all means to make sure that Pakistan becomes a nuclear power;

h) that Nawaz Sharif will not question sources of income of military establishment or initiate any investigation in the buying of military equipment worth billions of dollars;

i) that Nawaz Sharif would keep silence on involvement of Pakistan´s intelligence agencies in their secret plans of converting Chinese province of Xinjiang into an Islamic state on Taliban pattern in connivance of TABLIGHI JAMAT;

RE: PAYMENT OF MONEY TO ALTAF HUSSAIN

1. Altaf Hussain DID receive money through the then Chief Minister Sindh Jam Sadiq Ali at ABBASI SHAHEED HOSPITAL. Not only this, Jam Sadiq Ali also gifted a bungalow worth Rs. 6 Million (Sixty lakhs) to Saleem Shahzad (MQM activist and right hand of Altaf Hussain) on his marriage;

6. It is therefore 100% correct and accurate that Altaf Hussain DID receive funds from intelligence agencies in order to cooperate with PML (Nawaz Sharif) in obstructing PPP from gaining any majority in Sindh province;
Posted by Syed Jamaluddin at Thursday, March 15, 2012

Free Images
I just found your blog and want to say thank you! What an enjoyable time looking
through so many sites. Thanks for sharing.

I found your blog website on google and check just a few of your early posts. Continue to keep up the excellent operate.
World entertainment

Hi dear, thanks for providing so informative articles, you have nice post here. I will back soon.,. countinous this hard working, people will be appriciate you like me.
Online Jobs
Increase Your Page Rank
http://www.pkbazaar.com

I can see some "Indian-istic" ideologies behind this article... Conspiracy, huh?